↓
Home Menu ↓
Skip to primary content
Skip to secondary content
The Manor Women’s Project has two DVDs out at the moment they are,’Tales of the Unaccepted’ and  ‘Have you got 10 minutes?’‘Tales of the unaccepted’
‘Tales of the Unaccepted’ was a fly on the wall documentary that was recorded over a six-week period by the brilliant young director Rob Jones. It follows two of the residents, Emma and Kerry, through their journey to conquer drug addiction highlighting some of the pitfalls they encounter on their way. This documentary has been shown three times on ITV to date and has gone on to win two national awards. It first won best regional documentary in the UK and then went on to win best current affairs programme in the UK. 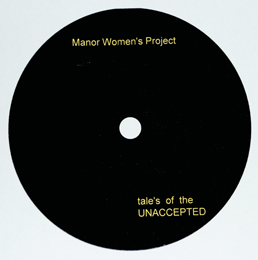 ‘Have you got 10 minutes?’
‘Have you got 10 minutes?’ This was made by the residents of the Manor Women’s Project to help other female drug users to exit drugs and to give them an opportunity to see how the Manor Women’s Project is run. It was also made to show them that there is a life after drugs with the right help and support.
The DVD was developed over a two-month period with the Manor film crew, as they like to be known, meeting regularly to put together a script. They chose two girls from the Manor Women’s Project to actually appear on the DVD. They organised lighting, scenery, clipboards, camera crew and even auto queuing. After the filming was over, they then went on to edit the raw footage into the finished item. They thought that was the end of the project but, after watching it again and again, they all agreed that there was something missing. The missing item was a music intro, they searched for some appropriate music and found ‘Here comes the monster’ and then put together a rap for the intro. They were so pleased with the results that they decided to perform another rap for the outgoing credits.
Why the title, ‘Have you got 10 minutes?’? Well, for anyone who has worked closely with drug users, there seems to come a time when speaking to their drugs worker, support worker, probation officer etc, that they say “I have had enough I need help now”& “Isn’t there somewhere I can go and get help now”. That’s the cue for the worker to say, “Have you got 10 minutes?” The DVD was deliberately limited to just under 10 minutes because if client is rattling (withdrawing), 10 minutes is usually the limit for concentration before having to go and take drugs again. 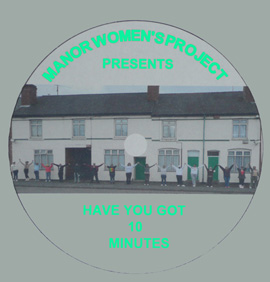